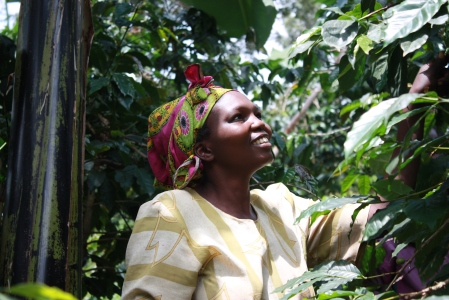 Cooperatives United World Festival and ICA Expo held at Manchester Central (the old Manchester Central Railway Station converted into an Exhibition Centre) from 29 October to 2 November was a great, inspirational event with 88 countries represented.  753 cooperatives attended and 171 exhibited.  There were 11,800 visitors and 521 volunteers made it all possible.  £12.8 million went back into the local economy.

There was a Fairtrade marketplace supported by The Cooperative Group which showcased cooperative Fairtrade producers from around the world including Gumutindo Coffee Cooperative, Uganda, the Kilimanjaro, Kagera, Karagwe, Ilulu and Masai Mtwaera Cooperative Unions from Tanzania and Apicoop from Chile that supplies Traidcraft with honey.  Equal Exchange, Shared Interest, Twin and Twin Trading, WIEGO, Oikocredit and many, many others were there.  Paul Chandler CEO of Traidcraft spoke at the Fairtrade Conference on the last day.  For more information visit: www.manchester2012.coop/live

This entry was posted on Tuesday, November 13th, 2012 at 11:29 pm and is filed under Uncategorized. You can follow any responses to this entry through the RSS 2.0 feed. You can leave a response, or trackback from your own site.