Many thanks to Val Johnson and Sue Hall for designing these snazzy bus stop posters and arranging for them to be displayed around Oxford.  We love them!

We are delighted to announce that on 8th February an all-party motion for Oxford City Council to continue their active support of Fairtrade in Oxford was agreed.

The motion stated that:

Oxford City Council, as an important consumer and opinion leader, should continue to support and facilitate the promotion and purchase of foods with the FAIRTRADE Mark as part of its commitment to the pursuit of sustainable development and to give marginalised producers a fair deal.

Oxford City Council resolves to continue to contribute to the campaign to increase sales of products with the FAIRTRADE Mark by supporting the campaign to achieve the re-certification of FAIRTRADE status for Oxford.

By accepting the motion the Council has agreed to:

3. Use its influence to urge local retailers to provide Fairtrade options for residents.

4. Engage in a media campaign to publicise the recertification of Oxford as a Fairtrade Towns initiative.

5. Nominate a Council representative to sit on the Fairtrade Steering Group.

7. Continue to support organised events and publicity during national Fairtrade Fortnight – the annual national campaign to promote sales of products with the FAIRTRADE Mark.

Oxford City Council’s support of Fairtrade initiatives in Oxford is important and the Oxford Fairtrade Coalition would like to thank the Council and the Council’s Fairtrade Steering Group member Val Johnson for their on-going valuable support.

Martin Luther King, in a Christmas sermon on peace 1967 said “Before you finish eating breakfast in the morning, you‘ve depended on half the world.”

The Lord Mayor of Oxford, Councillor Rae Humberstone will launch this year’s Fairtrade Fortnight activities by hosting a Fairtrade Breakfast for representatives of the Oxford Fairtrade Coalition and guests on Monday 29 February with the aim of encouraging local people in Oxford to support the Fairtrade movement and to choose Fairtrade products all year round.

‘Fairtrade is about better prices, decent working conditions and fair terms of trade for farmers and workers.  The Fairtrade logo you see on some food packaging means that the Fairtrade ingredients in the product have been produced by small scale farmer organisations or plantations that meet Fairtrade social, economic and environmental standards’.

Families, breakfast clubs in schools, cafes, restaurants, and other businesses are being asked to support this year’s Fairtrade fortnight by holding breakfast events across the city.

Have you considered hosting a Fairtrade breakfast?  There is an impressive range of fairtrade products at your local fairtrade shops and lots of special offers during Fairtrade Fortnight.  Enjoy!

‘How Fair is Fairtrade?’ is a panel debate on Thursday 3rd March at 6.30pm. The debate is being held at the Blue Boar Lecture Theatre at Christchurch College.   The panel includes some of the most experienced people in the world of fairtrade and ethics including:
–  Barbara Crowther – Director of Policy and Public Affairs, Fairtrade Foundation
– Peter Griffiths – author of ‘Ethical Objections to Fairtrade’
– Matthew Anderson – Senior Lecturer in Business Ethics, Portsmouth Business School
– Dominic O’Hagan – People & Planet
– Carol Wills – Oxford Fair Trade Coalition.
This should be a very interesting and informative event so please come along if you can.

The Official Launch of the World Fair Trade Organisation Guarantee Label took place on 13th February at the “Ambiente” Trade Fair in Frankfurt.

“The WFTO Label – the first international label that guarantees Fair Trade Organisations operating in any part of the supply chain, from producers to retailers – has been unveiled. With this unique Fair Trade label, consumers will be able to identify products in the international marketplace that meet high economic, social and environmental sustainability criteria. Fair Trade Organisations are fully committed to sustainable production and trade.” 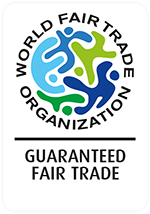 For more information go to http://wfto.com

Did you know that Oxford’s Botanic Garden cultivates a range of Fairtrade crops?  Why not explore the Glasshouses to discover more about the people and plants behind their Fairtrade crops.
Exhibition available during opening hours and is free with entry to the Garden.
Monday 15/02/2016 to Sunday  06/03/2016  10am to 4pm
http://www.botanic-garden.ox.ac.uk/whatson

Rachael Sweet of the Fairtrade Foundation will explore the future of Fairtrade and look at whether it can help to meet the needs of an ever-expanding global population. The event will also consider what the future is for key product and explore how consumers can continue to make a positive impact through purchasing Fairtrade products.

Please follow the link below to book your place.